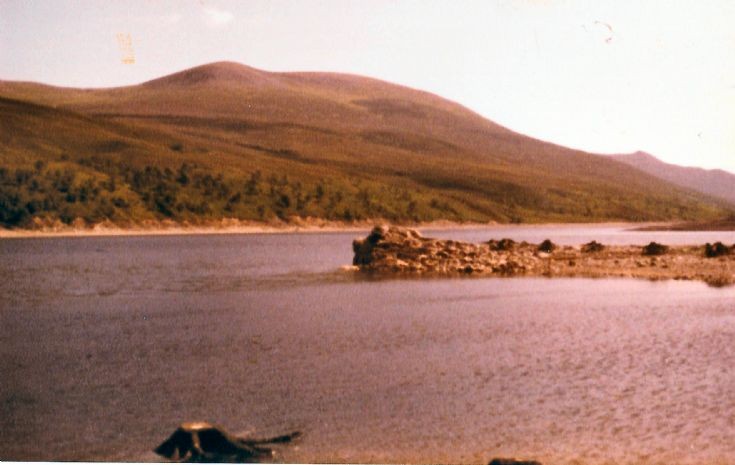 July 1981 - As the level of the Loch Ericht fell in 1981 / 82, several pre flooding features reappeared around Ben Alder Estate. One of these is the spit of land and rock formation seen in the middle of this picture. There is a metal shackle cemented into the top of the rock. Undoubtedly a navigation hazard when submerged, one of the last jobs I did on Ben Alder was to go out to the rock before it disappeared and tie a blue navigation buoy on a length of rope to this shackle. Also in this photo can be seen the stump of one of the small forrest of trees that was cut down when the hydro scheme was originally being built. In the background, the sun baked slopes of Beinn Udlamain gives the reader a good impression of the kind of summer 1981 was.
Picture added on 27 August 2015 at 19:52