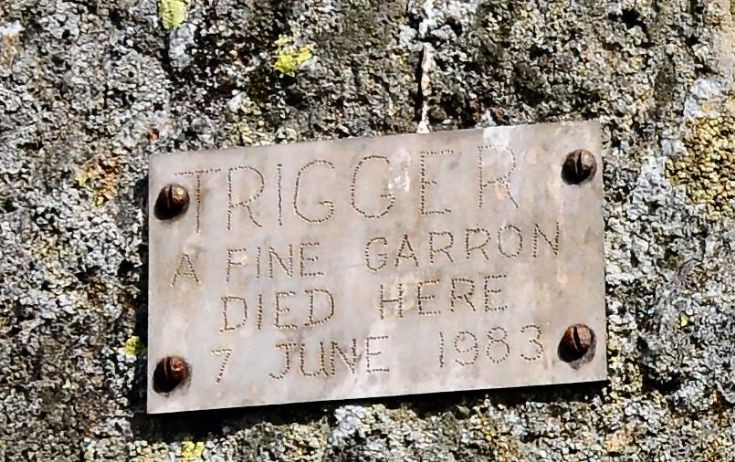 July 2011 - A Headstone for a Pony (2). Implicit in this simple inscription is the affection the stalkers had for all the ponies who did such demanding and tough work for them. It reads "Trigger. A Fine Garron. Died Here. 7 June 1983". This would have been less than a year after the last time I saw Trigger.
Picture added on 23 August 2015 at 18:09