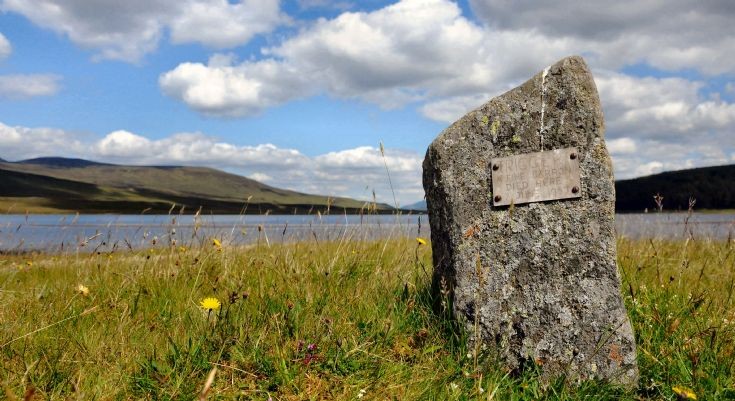 July 2011. A Headstone for a Pony (1). After 1982, the next time I was on Ben Alder was 2008. I met the then Factor Patrick Thomson and in conversation he told me of a headstone for one of the ponies on the shores of Loch Pattack. It wasn't until July three years later that I found it. It's the headstone for Trigger, the brown pony from one of my previous photographs. Shown here, the granite slab and inscription rests amongst the machair at Loch Pattack.
Picture added on 23 August 2015 at 18:09