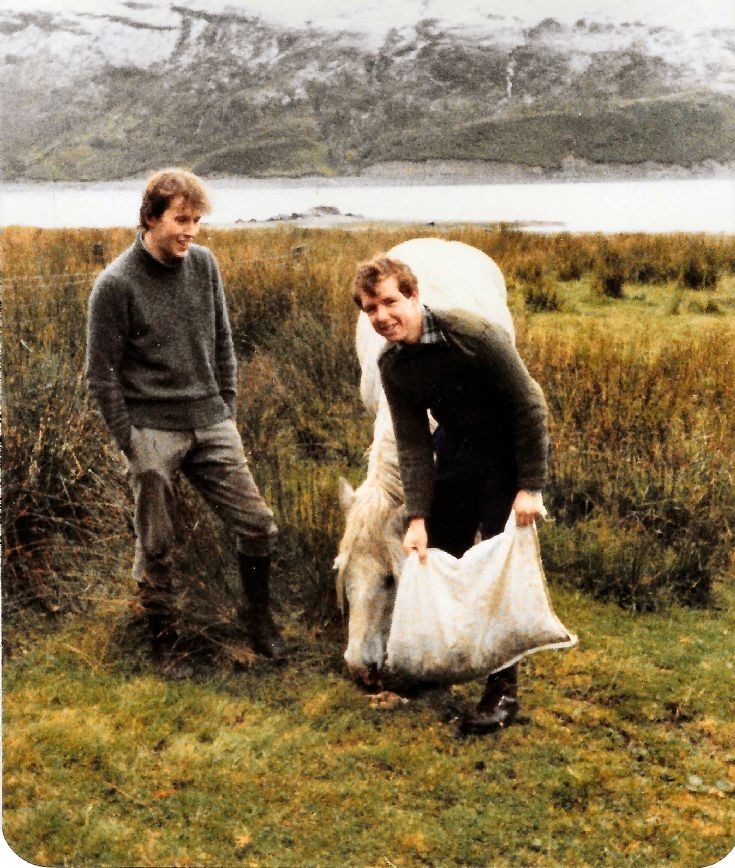 Autumn 1981. Ponies on Ben Alder (4). Cattle cake for a hungry pony at the end of a stalking day. Note the snow on the slopes of Beinn Udlamain across Loch Ericht, almost down to the water. Winter comes early on Ben Alder, and both years when I left in September the first snows had come, around the time of the Autumn Equinox on 21st September. Me with the cattle cake and Chris Donnelly on the left. Photo most probably taken by Iain MacDonald.
Picture added on 23 August 2015 at 18:10