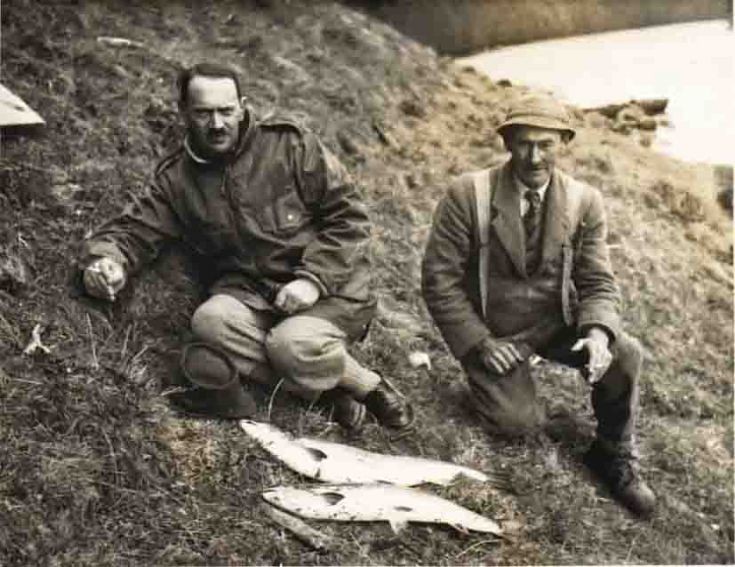 Maj General Sir Freddie De Guingand - Monty's Chief of Staff and a good fisherman - with his catch on the River Spey. He was on the train at Dalwhinnie. The Ghillie may have been "MacDougall" of Invereshie. Monty went fishing that day too - not sure if he caught anything. However, he did send an 18 lb salmon to his son's school - the letter will appear here in due course. De Guingand wrote various books:"Operation Victory","From Brass Hat to Bowler hat" and "Generals at War". Another book about him is "Send for Freddie". His service to Monty was invaluable. Another member of Monty's staff was his "Quartermaster"- a certain Sir Randle Feilden of Ardverikie ("Monty's Grocer"). I believe that it was through him that the special train "Rapier" came to Dalwhinnie. More to come.
Picture added on 28 February 2012 at 18:07