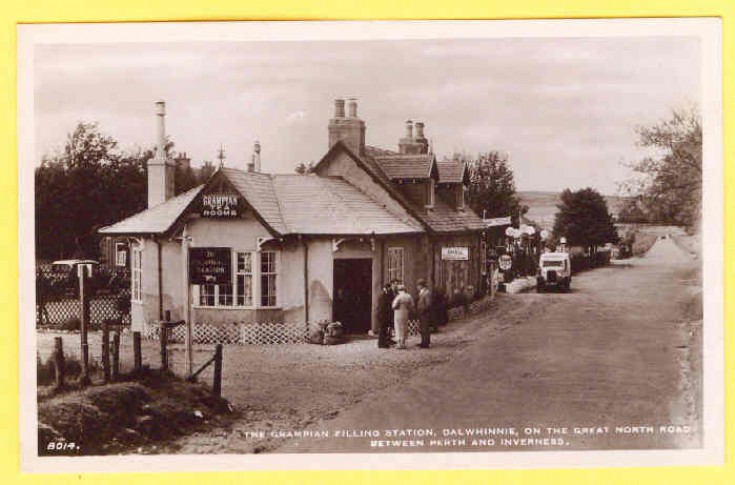 The Grampian Tea Rooms and filling station. This was operated by the James family from the late 1930s to 1961. It is much down to Mrs Doreen James that a lot of material - particularly about General Montgomery came to light. She has been quite an inspiration along with Mrs Mary Christie and others.
Picture added on 04 October 2011 at 17:39

Houses and other buildings