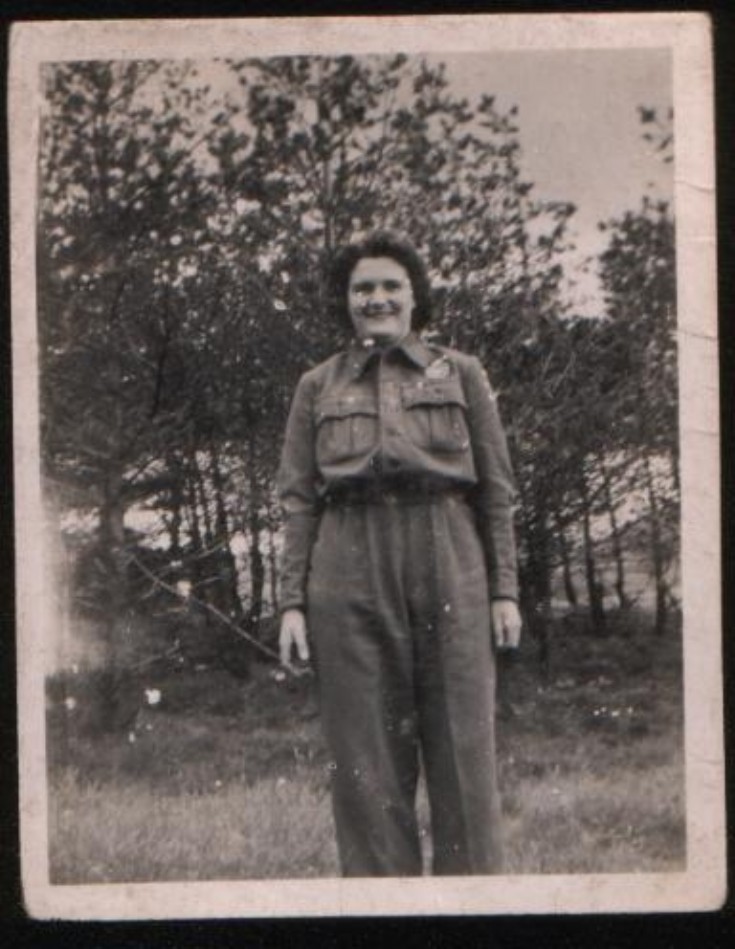 Mrs Bella Kerr - mother of Maureen Stronach - in the uniform of the Royal Observer Corps who had an observation post at Carn Donnal at the top of the hill on the Laggan road. Some concrete blocks from which can still be seen at the site. Bella was married to Tommy Kerr who was killed in action at the Battle of El Alamein in October 1942. Tommy was a cooper at the Distillery.
Date of photo not known.
Picture added on 19 September 2011 at 21:05
Comments:
Bella was quite a remarkable woman-more photos to follow.
Anonymous comment added on 23 September 2011
Thanks for writing such an easy-to-understand artclie on this topic.
Added by Lakiesha on 27 October 2011